Humans vs. Nature: The Environmental Apocalypse 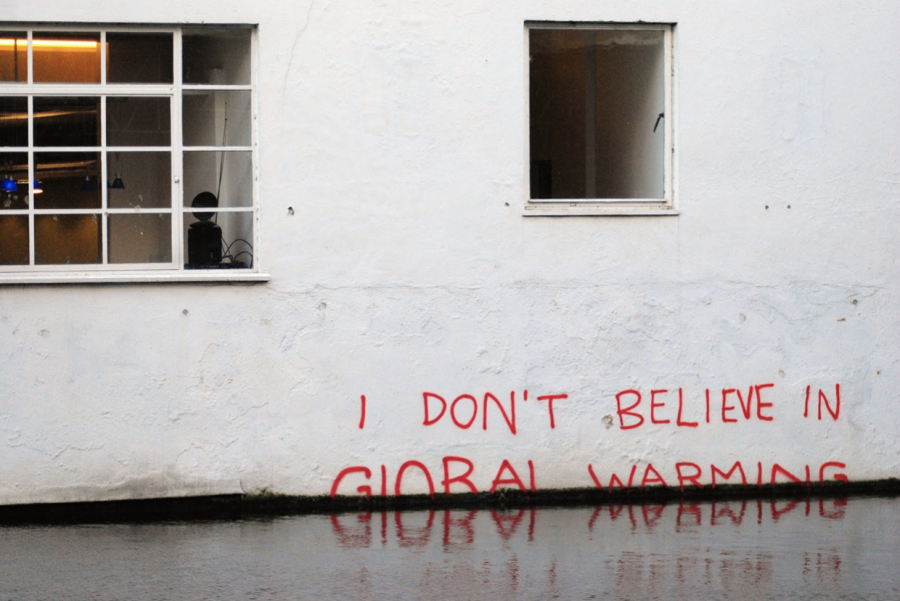 "I don't believe in global warming"

Nature is something that will never fail us, so why do we continue to damage it? After years of debating, taking part in arguments, understanding possible solutions, and pondering the many possibilities, we still neglect our world that is simply responding to endless degradation. Humankind has a history of complicating the little things. Although this has led to the pinnacle of most inventions and discoveries, human complexity continues to destroy the environment.

In the early 1800s, humans and nature began to clash in ways never imagined. In 1830, greenhouse gases began warming the Earth’s oceans, but not until the 1960s was this global issue recognized. It came with a strident awakening of the consequences and inestimable damage that would come with the release of carbon dioxide into our atmosphere. 130 years is a vast period to be blind to the capricious human-influenced climate changes of our Earth. However, because resources were limited amid the Industrial Era, scientists are unsure when the effects of industrializing became notable. Nevertheless, scientists and environmentalists agree that in order to save our planet we need to depict and study the initial acts and resources that influenced an increase in carbon emissions, thereby leading to what we now know as “global warming” or the more inclusive term: “climate change.”

The Global Carbon Project presents a graph that exhibits fossil fuel use (dating back to the Industrial Era) proving that the industry was largely responsible for the double rate increase of carbon emissions from 1970-2000. The United States, European Union, China, the Russian Federation, and Japan contributed two-thirds of the world’s CO2 emissions from 1850-2011. This pattern is similar to the current data we have, manifesting that limiting global temperature rise to 2 degrees C (3.6 degrees F) is crucial to prevent some of the worst effects of climate change. This goal is also known as the “carbon budget” one way we can globally work to end climate change. Rising sea levels (estimated to be one meter higher by 2100), Amazon fires (estimated to increase two degrees celsius by 2050), natural disasters (such as thunderstorms), and intense droughts are a few of the numerous effects of this perilous environmental crisis.

Despite the detrimental consequences of this climate crisis and the evidence at hand, climate change seems to be one of the most difficult political issues society has faced. President Donald Trump has made his disbelief and disregard overt in terms of global warming, publicly tweeting “The concept of global warming was created by and for the Chinese in order to make U.S. manufacturing non-competitive,” portraying the epitome of configuring manufacturing as an urgency rather than discussing its detrimental effects on our environment. Amy Coney Barrett, the recently confirmed Supreme Court Judge, was questioned in a recent interview regarding her thoughts on climate change. Similar to many other topics, she attempted not to disclose her detailed feelings and beliefs in relation to climate change, stating, “I will not express a view on a matter of public policy, especially one that is politically controversial.” Many find this to be ironic considering she is a judge that has and will participate in many political discussions. This statement by Barrett exhibits her lack of concern with our climate crisis, and continues to call it “politically controversial” despite all scientists confirming how overtly real this crisis is and its disastrous effects on the environment.

Within our SHC community, we can continue to educate ourselves, and one another to fight this insidious crisis. Global warming is an ambiguous topic, one that requires much research, discussion, unity, and worldwide agreement. Discussing climate change regularly in classes, creating more public awareness of actions that negatively impact the environment and encouraging more students to be active in clubs such as Earth Action will help us to spread awareness. Three year member Bianca Higa ’21 says she joined Earth Action to “learn more about how we can adopt environment-friendly habits to help combat climate change. California’s transportation sector is one of the biggest generators of greenhouse gas emissions. We can effectively reduce our greenhouse gas emissions that lead to climate change by making vehicles more efficient, fuels cleaner, and by creating incentives to less driving.” SHC Earth Action participates in beach clean-ups periodically, during their part in the preservation of our beautiful planet. Actions as little as informing yourself, or picking up trash, will significantly help ameliorate the destructive effects of our climate crisis. Ms. Lauren Wild ’99, the co-moderator of Earth Action says, “One thing that is still feasible during the pandemic is to research and  learn more about what we can do as individuals and as a country to be part of the solution. We watched an episode of Our Planet as a club and it was a great way to see how the whole world and its inhabitants are linked.” Although we are in a pandemic there are still a plethora of ways to contribute to climate action!

Calculating our individual or school carbon footprint is a great way to become aware of what we are putting into our environment, and additionally influences a discussion on what policies we can develop as a community in response to our results. Some examples of community responses are: reducing our waste at school, being attentive about the food and supplies that we purchase, products we throw away daily, and more.

Instructor of Science Phi Le believes that “SHC should continue its efforts to be more sustainable and more carbon neutral. We should cut down on food waste. We should look for ways to be more energy-efficient. We should use more solar energy.” He encourages everyone to “switch to renewable sources of energy.” We can waste less food, eat plant-rich diets, and advocate for the health and education of all our community members. He stresses that these “research-based solutions to reducing our carbon footprint will help curb climate change.”

Change is an evolution and a critical factor in the structure of our society. The changes that we make should not be detrimental or elusive, but influence the growth of our futures. The path we walk to a better future is our choice. Sometimes it is easy to feel impotent when things continue to worsen, but, just as the eminent American Environmentalist Bill McKibben said, “Climate change is the second biggest thing that humans have ever done on this planet. The one thing that needs to be bigger is our movement to stop it.”