Quiet, but Not Unheard: Racism Against Asians 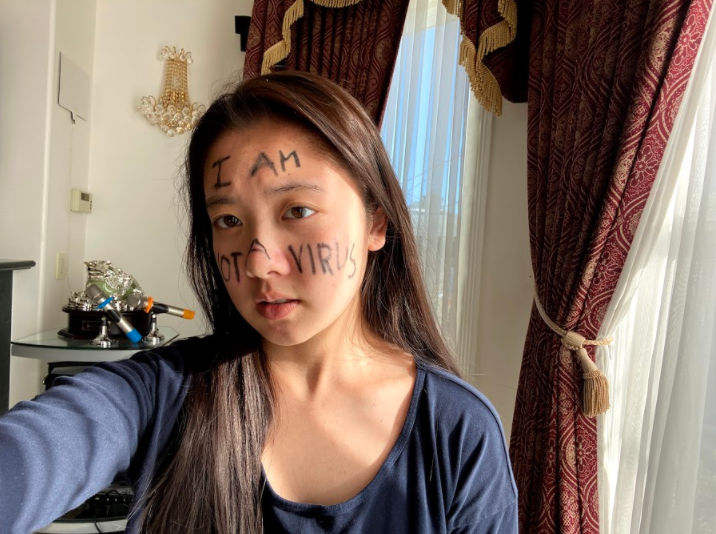 I Am Not a Virus

Amidst the crisis of COVID-19, there has been an increase in discrimination towards East Asian minorities. Plastered across many television screens, as well as social media sites such as Instagram, news of physically and emotionally tormented Asian people continues to circulate during this pandemic. At a time where one would want to believe such a tragic virus would push people to come together, one cannot help but ponder, Why are East Asians being targeted? The quick answer is that they are easily blamed for starting and spreading the coronavirus in the first place, because the virus originated from Wuhan, China. However, racism does not actually help solve COVID-19.

Many platforms have already reported racist incidents, but none are truly focusing on the backstory. The truth is, Asian racism is often pushed aside and ignored. While there are few reports of police brutality and racial profiling for Asians, they are still victims of racism. The fearful reactions during COVID-19 exemplify the prevalent present-day racism towards Asians. We all deserve equality.

Even in the year 2020, one may often find that racist jokes are aimed at easily-targeted Asian minorities, whether the jokes are about their supposedly limited eyesight, their appetite for dogs, or their skills in the STEM fields. This is called “normalization” of Asian racism, where making subtle jokes about or stereotyping a certain group is considered acceptable in society. When discussing this topic with my Asian American peers, many nod their heads in agreement that Asians “seem to be the butt of society,” and there seems to be a “lack of political action or movement.” Society should begin respecting Asian American culture and history as they have tried to with African American culture and history. Both races still require more respect, of course.

Finally, I personally noticed the discomfort in my senior seminar class when topics leaned themselves toward racism. Often, I found that discussions about race excluded Asian Americans from the topic conversation, and I struggled to find a window to communicate my experiences within these conversations. Russell Jeung, San Francisco State University’s chair of the Department of Asian American studies, captures the issue of normalizing Asian racism well: “When it becomes normalized… it dehumanizes Chinese and Asians. It’s like equating them to a face mask and equating them to the disease, so it’s easy to scapegoat and attack them” (The Washington Post). What’s even worse is to find Asian minorities who will laugh at these jokes, saying that people who are concerned by them are much too serious. It is sad to find these Asian minorities who are willing to make fun of their own culture, differentiating themselves as “the cool Asian.”

This is a problem because it is degrading to multiple ethnic cultures and simply feeds into the cycle of racism towards Asians. It allows Asians to continually be easy targets by accepting these cruel jokes. With this pre-existing attitude, is it any wonder that such racism continues to persist? We must question the difference in fear levels when walking past a stranger six feet away. It isn’t about where the virus originated, but the prevalent racist structure today.

What society needs is a new, open mind towards the awareness of Asian racism. Action should be taken at the individual level in repressing jokes or stereotypes mentioned by peers about race. During the coronavirus, people should be building each up and becoming sources of comfort to one another. With no guarantee in progression of this virus, hope and companionship are all we have left. It should never have been race versus race. It has always been humanity versus the virus.