The Astroworld Tragedy: What Travis Scott’s Concert Tells Us About Live Performances 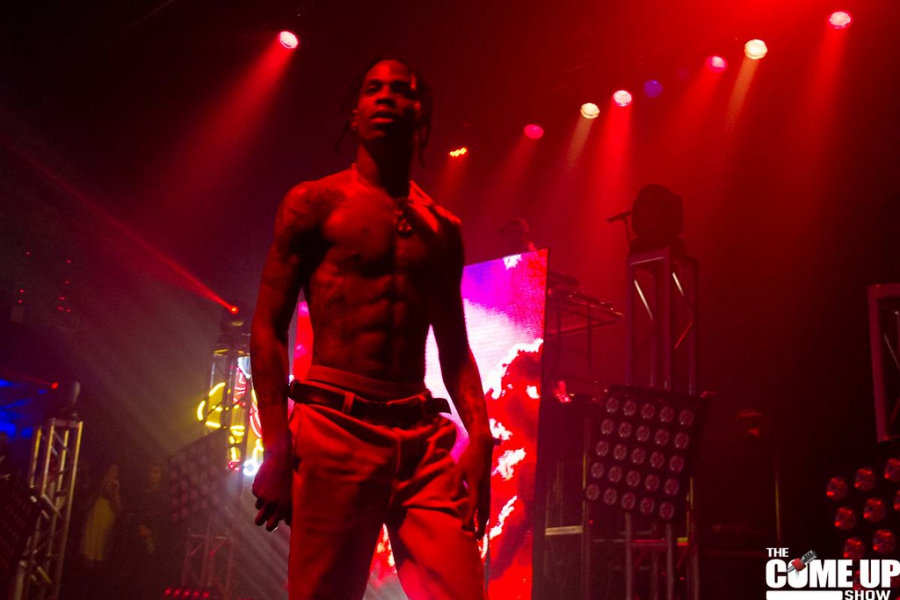 On November 5th, a Friday night performance in Houston by rapper Travis Scott that was intended to be a vibrant, energetic, and fun festival instead turned into one of the deadliest concerts in the past decade, securing itself a spot along other infamous concert disasters. Many fans have treated this event, like many other concert tragedies in the past, as a shocking anomaly, an innocent concert turned unexpectedly deadly by over-enthusiastic fans. Behind these misconceptions, however, lies a pattern in live shows of inadequate planning and safety measures that has made concert tragedies common, and must be ended to foster safe, fun concert environments.

After a peek into Travis Scott’s concert history, it becomes evident that the November 5th tragedy unfortunately comes as little surprise. Travis Scott has a knack for inciting rowdy fans during his concerts, often resulting in people getting injured and legal trouble for Scott. The LA Times reports that in a 2015 performance, Scott encouraged fans to jump on to the stage with him, overwhelm security, and chant, “We want rage.” This chaos lasted only 5 minutes, after which Scott fled and later pleaded guilty to charges of reckless conduct. Concert mayhem has become a signature aspect of Scott’s energetic nature. However, because of this call to uncontrollable violence, safety is treated as a joke and all senses of rationality are dismissed.

Given these red flags, Travis Scott ought to have partnered with concert organizers who recognize his habit of riling up crowds and would plan accordingly to maintain safety among attendees. Instead, he entrusted LiveNation, an event organizer linked to more than 200 deaths and even more injuries, to handle a wild crowd of over 50,000. As the head organizer, it should have been LiveNation’s number-one priority to implement more security around the perimeter of the concert and have more medical personnel present to deal with injuries. According to LA Times, however, these considerations went overlooked, as security was both incompetent and understaffed, and emergency medical providers were isolated from local fire officials.

To begin, Contemporary Services Corp, who was hired by NRG Park to provide security detail, paid little attention to the quality of the employees they were hiring. A New York Post article spotlighted Darius Williams, one of these employees, who abandoned his job the day of the concert over concern for the employees’ quality as security officers. He claims that the required test handed out to job candidates was open-book and instructors gave them the answers in order to expedite the hiring process. If the contracted company had spent more time developing the competency of their employees to handle crowd concerns, security would have been empowered to efficiently address the loads of people pouring in from outside. Additionally, the festival style layout of the concert contributed to the inescapable surging of the crowd towards the stage, says KHOU 11. Since the concert had an open-seating design, the 50,000 concertgoers had the ability to move at their will without repercussions, forcing the fans around them to either move with them or stay put and get trampled.

Secondly, there was a detrimental communications gap between the medical experts present and local fire officials, which delayed response to the crowd panic. According to CNN, firefighters located outside of the festival were not in radio communication with medical providers inside the complex after they were denied access to a radio by event organizers. Instead, they were given phone numbers, which were useless because of weak cell connection.

These two major failures on the event organizer’s part created the possibility of a deadly concert. While some may cite the rowdy crowd as being the primary cause of the casualties, it was ultimately the inability of the event organizers to provide a safe environment that allowed death to occur in the first place. Concerts, especially those in which a volatile person like Travis Scott is performing, will inevitably turn wild, and it is up to the staff present to prepare and minimize the costs of the chaos. A Vox article argues that with the proper infrastructure, control measures, and medical support, crowd surges can be prevented. However, event organizers foolishly attempted to pack too many fans into too small of a place with little guidance, protection, and security presence — it doesn’t take a genius to figure out what would happen next.

After Scott took the stage, unreserved carnage ensued as the 50,000 people attending the concert surged towards the stage, restricting people’s breathing and causing concertgoers to get trampled, an Entertainment Weekly article explains. Security officials were clueless and trapped, ambulances drowned in the powerful sea of packed fans, and no one could free themselves from their persistent nightmare. This pandemonium resulted in 10 deaths. As heartbreaking as this is, it is important to understand that they are only a handful out of the many innocent civilians who have fallen victim to poor concert organizing.

Across the decades, there have been many concert-turned-calamities, and there are striking similarities between them. Astroworld’s laughable security efforts and stretched capacity harshly remind us of the 1969 fatal Altamont Free Concert where members of the notorious Hell’s Angels motorcycle gang were employed as security guards to deal with over 300,000 spectators. Also, take for example the 2000 Roskilde festival, which resulted in 9 deaths and bore an open-seating layout filled with too many fans squashed together. In these concert tragedies, the simplest of precautions, such as accessible medical support, security personnel, and limited venue occupancy, are undermined.

After so many disturbing tragedies, it is only reasonable that organizers would implement the necessary safety measures to prevent this unimaginable disaster from happening. For some, concerts provide an outlet for them to relax and cool their jets after a tough week. For others, it allows them a once-in-a-lifetime opportunity to witness their idol perform before their very eyes. “Concerts are supposed to be fun events where people should feel safe; I would not want nor expect to be in danger. Concerts are stress-relievers, not stress-inducers,” said Sam Meraw ‘25.

Members of the SHC community responded to the Astroworld tragedy:

Director of Instrumental Music at SHC, Tiv Cumberbatch, commented, “There is a lot of talk now as to who’s to blame. Everyone is responsible: if your name is attached to the program, you hold responsibility for everything that happens. If someone comes to my concert, it is my responsibility to organize a safe concert for them.”

“It’s irresponsible how they (event organizers) handled the event; they could have made it so much better,” Freshman Olivia Dziadzia stated.

“I think there was an unsafe amount of people there,” commented SHC Freshman Ben Wiggins.

Yet, for too long, proper safety measures have been wrongly dismissed as concerns that rarely manifest themselves in violence, and the events of November 5th horrifically displayed the catastrophic consequences stemming from this unacceptable negligence.

Mr. Cumberbatch believes this concert will spark change in the live-concert industry: “I think as far as live music goes, everyone will be so much more conscious of crowd control and safety precautions; it will be a lot safer because of what happened at Astroworld. (The deaths) should not have happened. It’s an ugly truth. I mean, there was not enough security. There is a limit to capacity for a reason.” Hopefully, the Astroworld concert will serve as a call to concert reformation for the United States as did the Roskilde Festival for Europe, and no more innocent spectators will have to be punished for organizers’ lack of preparation.