What are America’s Most Important Issues Right Now? An SHC Poll 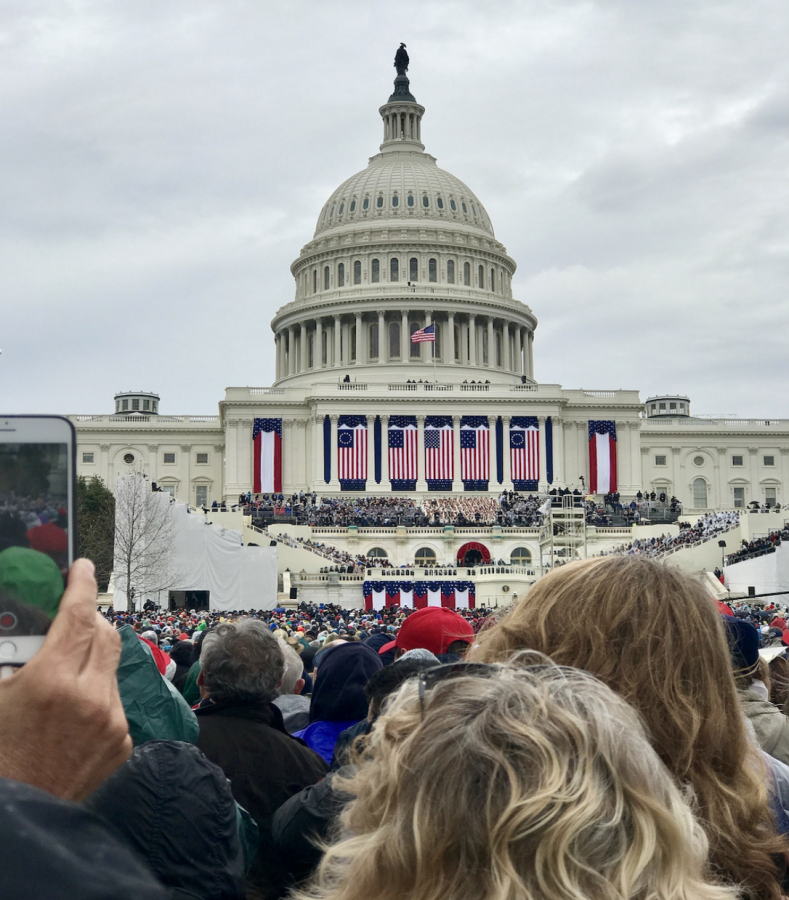 As the country adjusts to a post-Trump era, SHC students were asked their opinions on which of the following six issues were the most urgent and necessary for the Biden administration to address: the economy/stimulus, affordable healthcare, climate change, racial injustice, foreign policy, or pandemic response. In a poll that was published just eight hours after President Biden’s Inauguration, 30 anonymous SHC students voted which of these issues they believed to require the most immediate response. 293 SHC students responded to SHC’s Mock Presidential Election poll just before the 2020 election, which requested student opinions on the election and the country’s most pressing problems. The purpose of the follow-up Inauguration poll was mainly to gauge how student views may have changed over the two-month interim, during which the first vaccines were administered and the Capitol came under attack by insurrectionists.

Responding students to January’s Inauguration poll were able to select more than one issue. Of the responses, the issue with the most votes was pandemic response, with 15 votes (50%). Climate change was the next highest vote-getter, with 13 votes (43%). The economy/stimulus and affordable healthcare garnered five votes each, alongside racial injustice with 8 votes. Foreign policy was the only issue to receive no votes at all.In the November poll, which had a larger reach, but allowed selection of only one issue, 80 students (27.3%) stated that the handling of COVID-19 was the most important issue to them. That percentage increased to 50% two and a half months later, following the rollout of several COVID vaccines, contributing to the several hundred million doses that have been purchased by the U.S. (most vaccines are given in two doses). Climate change also saw a jump in the percentage of people who selected it, likely stemming from President Biden’s fierce climate policy and its increased press. Likewise, racial justice received a 9.2% increase in selections, presumably as a result of Biden’s executive orders on the subject, and the many deaths of African Americans since the election. Since November 4th, 63 black people have been shot by police in the U.S., 3 of them within 100 miles of San Francisco.

The lack of votes for foreign policy can likely be attributed to its less publicized nature compared to the other issues, perhaps because the country is not facing an immediate international crisis. However, U.S. foreign policy under President Biden may affect SHC students long after they leave high school. For example, the Biden administration is seeking to negotiate a “longer and stronger” version of the Iran Nuclear Deal, according to Biden’s nominee for Secretary of State, Antony Blinken, who acknowledged in his Senate confirmation hearing that the U.S. is a “long way” from securing such a deal. Similarly, on Friday, February 19th, President Biden expressed a willingness to renegotiate the deal, stating, “We’re prepared to reengage in negotiations with the P5+1 [the five permanent members of the UN Security Council and Germany] on Iran’s nuclear program.”

Affordable healthcare received a modest number of votes. The five students who selected this issue likely recognized that affordable healthcare is important for “promoting and maintaining health, preventing and managing disease, reducing unnecessary disability and premature death, and achieving health equity for all Americans.” According to the ODPHP (Office of Disease Prevention and Health Promotion), lack of affordable healthcare can lead to financial burden, unmet health needs, and preventable hospitalizations.

Insofar as the federal government is covering much of the cost of purchasing and distributing COVID-19 vaccines to prioritized populations, affordable healthcare is linked to the issue of pandemic response, which received the most votes in our survey. As has been widely reported, millions of people have lost their jobs, and nearly 505,000 have died in the United States alone as of February 24th. Within a day of his inauguration, President Biden signed several executive orders in an effort to curb the pandemic. Some aimed to increase the rate of manufacturing and testing for critical vaccines and protective equipment. Other orders included the formation of better data collection systems and a health equity task force. Though Biden lacks the authority to mandate that all citizens wear masks, he has made it a requirement for all federal employees and workspaces.

All SHC respondents were asked to comment on their choices for the most important issues, which varied from single-sentence answers to long paragraphs describing the greatest dangers facing the country today. The five responses quoted below were selected for their strong arguments demonstrating thought and consideration:

A student who considered climate change the most important issue argued:

“Despite the undeniable importance of all of these issues, I think climate change will have the longest-lasting impact. We’re approaching a point of no return, and all of these other issues will only worsen if millions are displaced by rising sea levels, changing weather patterns, unhealthy air and water quality, etc.”

Others believe that healthcare and the economy are more pressing. These students assert:

“I guess it is just right for everyone to have an equal amount of healthcare…because it’s honestly better for the economy, [and] it can also prevent a person from having an unknown disease that could potentially spread.” This participant went on to mention the 2018 statistic of deaths that tallied the almost 28 million U.S. deaths due to lack of healthcare.

“All the issues listed are incredibly important, but I believe the issues I chose are the ones with the greatest impact on the country. The pandemic has had terrible consequences for the economy and unemployment, while affordable healthcare is also a critical topic. Climate change is perhaps the most crucial issue. There are plenty of people who worry about climate change, but not enough leaders to generate greater support for prevention organizations. Racial injustice is an obvious choice. Society’s judgment based on skin color is unacceptable and far too widespread in the U.S.”

“The economy is an incredibly important issue…millions of Americans have been left without basic aid by the government as the pandemic ravages the country. […] The Biden administration must pursue $2,000 monthly stimulus checks until the pandemic is over so that workers don’t have to put their lives at risk to pay for their basic needs.”

Finally, the COVID-19 pandemic has generated the most responses, including the urgent one below.

“The pandemic is a pressing and highly urgent issue that affects each and every one of us. Biden’s pandemic response will set the tone for the entire country and hopefully improve the conditions he has inherited.”

The Biden administration will certainly have its plate full in its first days and beyond. These issues and more will need to be addressed in the near future, and President Biden will also have to undo the damage President Trump did to U.S. environmental policy, scientific authority, and as a result the American people in his years as Commander-in-Chief. Although the response to the most recent poll was limited, it nonetheless demonstrates how peoples’ viewpoints have changed in the months between the election and inauguration, and begs the question “Will those priorities change again?”