The Life and Legacy of the Notorious RBG 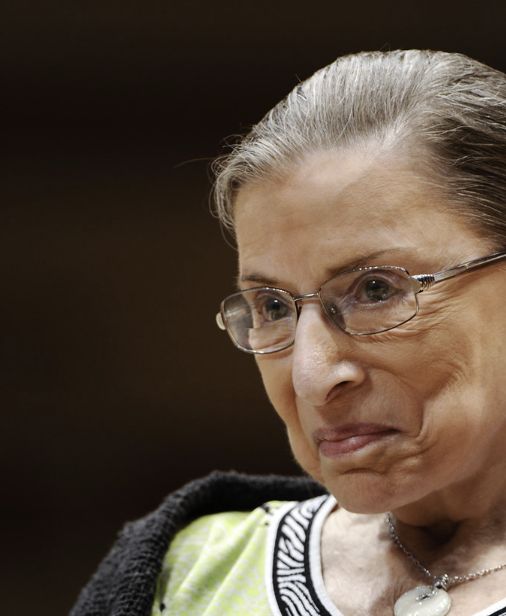 For hundreds of thousands across the United States, Justice Ruth Bader Ginsburg represented equity at its highest, feminism at its truest, and humanity at its strongest. Born in Brooklyn in 1933, she lost both her elder sister and mother before the end of high school. As she transitioned to Cornell University for college, she met her husband, Martin Ginsburg, who wholly supported her throughout his life. Ruth gave birth to the couple’s daughter, Jane, and furthered her education at Harvard Law School. During this time, she not only focused on her studies and raised her daughter, but she also cared for Martin, who had been diagnosed with cancer.

After her 1969 graduation, finding employment proved itself to be readily available only for high-achieving, intelligent people who were not women, much less mothers. Regardless of this obstacle, Ginsburg became a law clerk for the Southern District of New York before becoming an assistant professor at Rutgers School of Law. In 1970 she became involved in two gender equality cases— the well-known Roe v. Wade in which she fought for abortion rights, and Weinberger v. Wiesenfeld in which she fought for the Social Security rights of a single father (prior to this they were only given to widowed women). She became entrenched in the Women’s Rights Project, and became the first woman to have a professional title at Colombia Law School, and argued before the Supreme Court. Her path led her to work for the Court of Appeals of the District of Colombia, and then on the 14th of June, 1993, President Bill Clinton nominated her for the Supreme Court, and she was confirmed that same year on the 3rd of August.

Ginsburg was known for her compelling speaking, her small frame but powerful might, and perhaps most commonly her collars, especially the “Dissent Collar” (which is now sold at Banana Republic). This unique fashion choice was not only her way of making the Justice attire more feminine but also of subtly expressing her viewpoints on each case. Just as empowering is her fitness regimen, which she completed with a personal trainer. Many have attested that this workout is “no joke,” referring to the pushups, rowing, weight lifting, and classical music background.

During her time working alongside people who did not share the same political views as she did, Ginsburg maintained positive relationships with nearly all of them (which, let’s be real, people who aren’t even half as involved in politics as she was have trouble achieving). With forceful character and incredible strength packed into her petite frame, Ginsburg captured the support, trust, and admiration of countless Americans. To add to her ambitious career, she also began her fight against cancer, which recurred five times before taking her life.

What does the passing of this ‘Notorious’ Justice mean for the coming election, equal rights, and the partisan divide of the Supreme Court? Liberals across the country had pushed Ginsburg to step down from her role during Obama’s presidency to ensure a democrat replaced her, but she refused, promising to continue serving until she was no longer capable. Now, with Trump’s new nominee Amy Coney Barrett, these same Democrats are alarmed. Should the Republican-majority Senate led by Mitch McConnell decide to confirm her just over a month before Election day, there is the stark possibility that, amid the pandemic, the Affordable Care Act could be revoked. With even more of the population struggling financially, Democrats argue that this has the potential to seriously devastate innumerable lives. Additionally, the Senate and Supreme Court would have relatively vast Republican majorities, implying that even if former Vice President Joe Biden won the November election, making any impactful changes would be nearly impossible. And because Supreme Court Justices serve for life, this Republican legacy would likely last considerably far into the future.

SHC students and teachers alike are largely devastated by this news. Sophomore Miles Nakamura believes “it’s truly tragic, not just in her death, but also in the fact that freedom and justice in this country were resting on one woman. Her passing is not just sad but also scary, seeing how much damage can be done to our country.” It is true that in her tremendous influence, Ginsburg also brought about unmatched change. It is highly likely that this change will be reversed, should President Trump’s appointee be confirmed. “RBG’s accomplishments during her lifetime are incredibly impressive and her involvement in the Equal Rights Amendment is inspirational,” says another SHC sophomore (who wished to remain anonymous). When asked about what Ginsberg represented and any hopes of worries considering the repercussions of her passing, “RBG represented the potential in how power in politics can begin to more effectively consider the importance of women’s rights. It is undeniable that she was truly a pioneer that I will eternally be grateful for as a woman in America…. [but] I know that many people seek to undo a lot of the good she has done for the country, and I am afraid of how much this will affect me and the women around me. I hope that someone may be able to carry out her legacy in a respectful and honorable way despite the adversities that she would have continued to face herself,” Lauren Moran ‘22 answers.

Social Sciences Instructor and Politics in Action Club moderator Erin Kayser ’92 recalls “One of my favorite quotes of hers is: ‘Women belong in all places where decisions are being made.’ When I look at images of the people in the ‘room where it happens’ of our government, I am always shocked by the lack of diversity (both gender and racial) that exists in 2020.” Until 1981, the Supreme Court was made up of solely males (out of all justices, 96.5% have been men), and today there are six men to three women. To English teacher and Spoken Word moderator Ms. Cristin Kuehl, “RBG was a role model for role models. As only the second woman appointed to the high court is one thing, but her deep regard for the mind, the law, and human life, inspires now as much it did before her passing, and will for generations to come. The more I read about her, the more I feel how lucky we were to have her upholding our Constitution, if only for a blink.”

Through every powerful, stubborn stance, RBG proved her unmoving commitments to equality, uplifting generations of Americans alike. It is clear that her impact will outlast her lifetime, carrying voices of all those who would not have been able to speak up otherwise, had she not spoken up first.

Unless otherwise linked, biographical information on Ruth Bader Ginsberg is sourced from Britannica, Biography.com, The Atlantic, The Notorious RBG, and the New York Times.