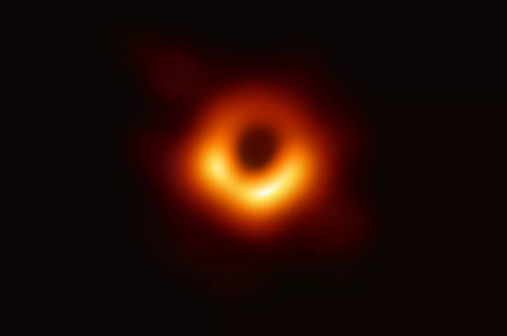 Black holes have always been a theory that has been studied and researched for decades. Albert Einstein used his general theory of relativity and was the first to propose the idea that black holes existed. The theory of general relativity suggests that a substantial amount of compact mass can puncture spacetime and therefore, create a black hole. According to Space.com, in 1970, Stephen Hawking, a theoretical physicist, was also able to “show that black holes exist” through his studies and research of physics. He was able to research and breakdown Einstein’s mathematical equation, but also proposed new ideas of the existence of black holes. For one, Hawking believed that a black hole could never shrink. As scholars continued to research, scientists found cases in which a black hole could be the answer. According to Vox, an American youtube channel for news, states that scientists have tried to demonstrate the orbit of stars around an “invisible” black matter, which was only predicted as a black hole. With this new found picture, scientists are able to explore to see if stars and galaxies really do revolve a black hole. The idea continued to try to be proven, yet visual proof was very hard to find. Alas, on April 10, 2019, the theories of black holes existing have finally been confirmed. With half a century of research and studies, a group of scientists was ultimately able to take the first picture of a black hole. Before this captivating picture, people didn’t believe it was possible to take a picture of something invisible. According to the National Science Foundation, “it’s hard to see something that does not emit photons, let alone traps any light that passes by.” A network known as Event Horizon Telescope was able to capture this picture using six telescopes around the world. These telescopes around the world were able to seize the first picture humanity has of a black hole. This black hole, Messier 87, is 54 million light years away (TIME). The black hole was named after the fact that it was located inside the Messier 87 galaxy. This milestone gives the world the unrestrained opportunity to venture out for new theories. Now with the verification that black holes exist, according to TIME, one theory that has further substance now, but still has to be proven, is that “virtually all large galaxies are thought to be organized around a central black hole.” Scientists are encouraged to explore with the help of this new technology; “we will survey them [black holes] all; we will surely survey them more. And now, at last, we know how to do it” (TIME).

As an SHC student involved in the i2 Scholar Program, I believe that these achievements that scientists have discovered allows more questions to be answered for the future. It inspires me to further explore what might seem impossible today.

This discovery lies a bigger question for us and our Milky Way Galaxy, especially since it leads to the theory that galaxies might revolve around black holes. If so, then what is our destiny? Are all galaxies tied to a black hole? How do we escape? Do we just accept it? How will affect us? Is there life after a black hole? How many years do we have before being possibly sucked in?