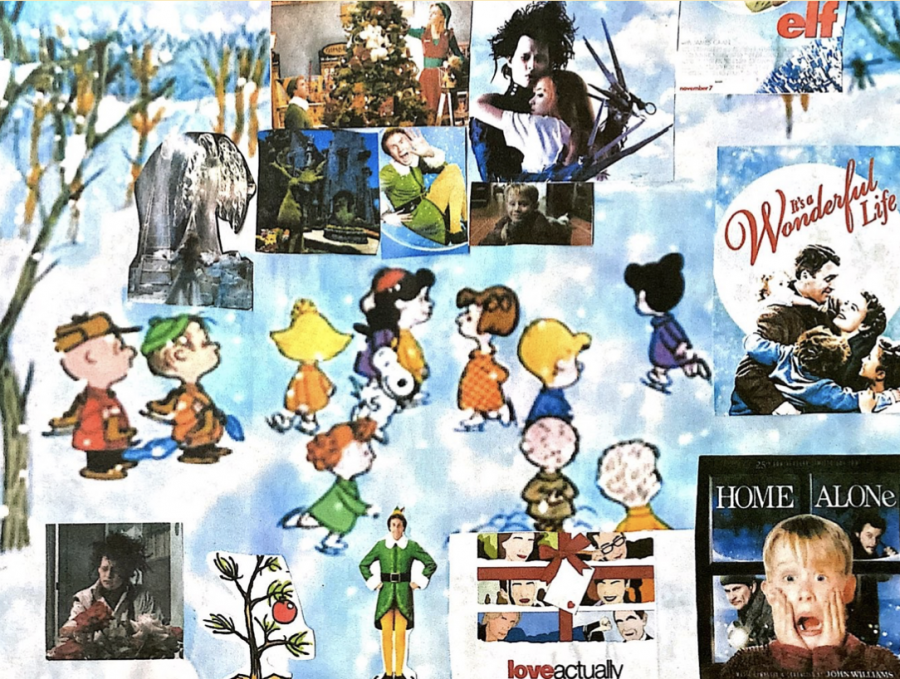 As the weather gets colder and days shorten, students and faculty alike are getting ready for the holiday season. Whatever your beliefs are or the religion you affiliate with, the holidays are usually filled with warm feelings and familial relations. Along with good feelings, there sometimes comes a feeling of loneliness in the wintertime when the Christmas fuss dissipates and the weather is still cold and days short. Some may not have a strong family connection to make the holidays special and associate the holidays with feelings of lacking and wishing, instead of satisfaction.

Even worse, this year there is a lack of connection with extended family due to COVID-19 restrictions and the protection of older relatives from the virus. With the lack of connection you might be facing in comparison to last year, or if you simply need comfort to turn to during the winter, here are some movies to accompany you this holiday season:

Elf (2003): This holiday classic stars Will Ferrell as a human adopted and raised with elves. In an attempt to connect with his real family, he travels to New York City to visit his father working in the Empire State Building. His clueless demeanor as a South Pole-born human elf navigating the bustling city of New York makes the movie hilarious, and his kind nature will warm your heart.

Love, Actually (2003): Love, Actually attempts to show the power of love in the world at an individual scale, when one’s surroundings might not be comfortable or loving. The movie follows multiple plotlines, eight different couples, to depict their turns and triumphs in the days leading up to Christmas. From widowed fathers to lonely adolescents, the movie is filled with a variety of characters and endings. The overarching message that lingers throughout is that no matter what your romantic affiliations are or the political state of the world is during the holiday season, there are love and opportunities to be found in family, friends, or wherever you care to look.

Edward Scissorhands (1990): Starring Winona Ryder and Johnny Depp, Edwards Scissorhands combines a fantastical scientific creation with an ordinary suburban town. Edward Scissorhands, played by Johnny Depp, is a boy created by a scientist with scissors for hands, who is left in a large castle at the top of a hill. Set in the winter surrounding the holidays, his journey down into the town to the family of teenager Kim Boggs, played by Winona Ryder, portrays how a suburban place handles a kind but physically unique teenage boy like Edward.

Home Alone (1990): Watch Kevin McCallister, an eight-year-old trouble maker, get left behind by his family, the same year that two clumsy robbers are planning to rob his house. Stuck at home with his family’s giant mansion, Kevin thrives alone, coming to terms with being a young boy home alone with all of Chicago to explore. While his worried family is in France, will Kevin have to spend Christmas day alone? Watch this heartwarming family film to see the adventure an eight-year-old kid could hardly imagine in their lifetime.

It’s a Wonderful Life (1947): Finishing off the list, It’s a Wonderful Life, released in 1947 in black and white portrays the life of George Bailey from the perspective and with the commentary of the stars in the sky, who are sent down to earth to act as guardian angels. With George’s despair on Christmas day, he’s forced to see what the world would look like if he’d never existed. His emotional journey will inspire many to be grateful during the holiday season.