The Right Way to Move Forward 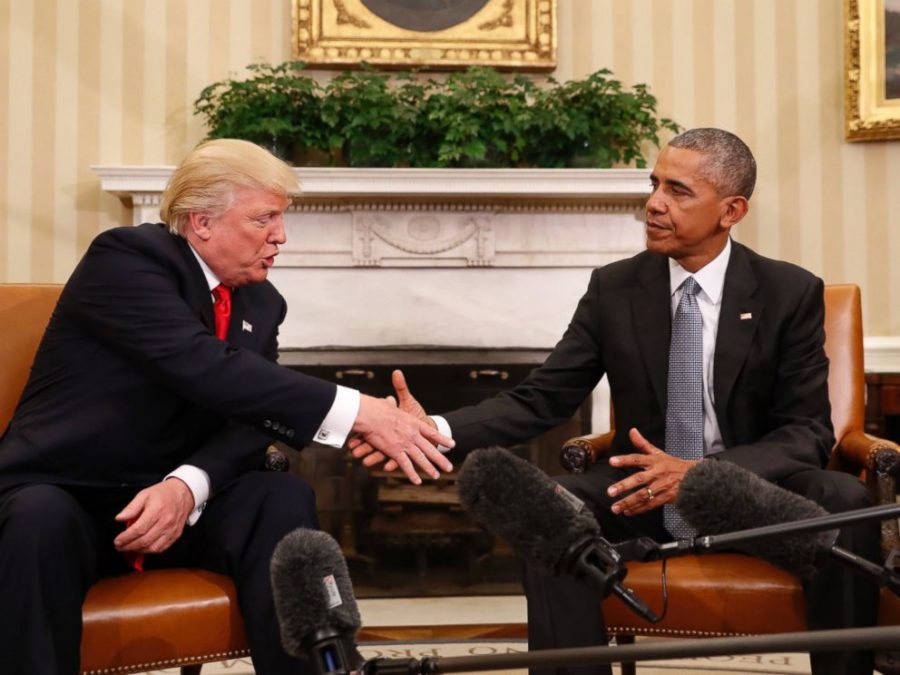 The election that never seemed to end is finally over, with Donald Trump appearing to be victorious. Despite losing the popular vote by over 2 million votes, Trump won by about 70 electoral votes. Many people have reacted negatively to the election results, with reactions ranging from alarm to appallment to utter devastation. Protests sprung up all around the nation and even in the Sacred Heart Cathedral community. A large group of SHC students protested on the sidewalk near the vicinity of the school campus the two days following the election results. The internet hashtags #notmypresident, #lovetrumpshate, #dumptrump, and many others that also attacked Trump appeared prominently on social media websites. The feelings of anger and frustration were unmistakable: there was turmoil in America.

We understand how these individuals feel and it is their right to express their feelings (1st Amendment), but the protests against Trump need to stop. Throughout the course of American history, people have protested against injustices inflicted upon them, such as slavery, segregation, and laws preventing women from voting. There have been countless instances when protests had a legitimate basis and were also necessary. However, this is not one of them. The mass protests against the election of President-Elect Trump do not have any real objective, nor any reasonable change that is being fought for. It is merely a collection of outspoken anger against President-Elect Trump and dissatisfaction with the results of the election. Baseless protests weakens the power of protesting and the voice of the people by discrediting and taking attention away from rational protests about legitimate issues such as police brutality. Although Trump lost the popular vote, this election was legitimate and so are the results due to him winning the electoral college. Having your candidate of choice lose an election is not a valid reason to protest. Protesters without a valid issue to protest about are nothing more than an unruly mob.

The election is over and it is now time for us to unite as a country. In this time of great divisiveness, unity is more necessary than ever. If we cannot even get past the results of this election, we will never be able to progress and move forward. Many of Trump’s policies and actions threaten the lives and well-being of Americans, in addition to being unconstitutional. However, the way to move forward is to oppose those specific actions and policies rather than the candidate himself. The simple fact is that Mr. Trump is going to be our next president. We should be willing to cooperate with him. We are not saying that people should agree with everything that the President-Elect is saying or trying to do, but rather that we should protest his policies and actions instead. We believe that is the right way to move forward.