The Transformation of Mission 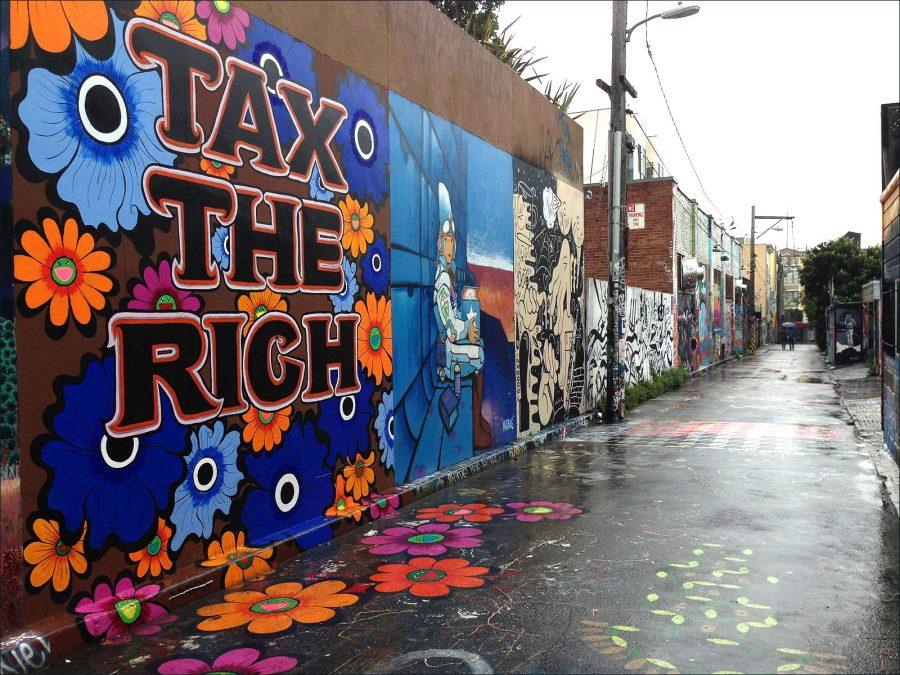 Bustling crowds, bright lights, and booming restaurants meet our eyes as we travel down flourishing Valencia street in the Mission. Fragrant smells waft from multiple restaurants overflowing with people and cuisine ranging from Mexican to Spanish to French. We frequently encounter joyous scenes of large groups of friends socializing in the streets, families laughing in the hubbub as well as young couples enjoying a fancy dinner at a French restaurant.

As we slowly travel away from the prosperity and happiness radiating from the crowds, the scenery drastically changes as we are reminded how the Mission district once was.

Back in the 1970s, the vast majority of the Mission was inhabited by Latinos/Chicanos, the largest concentration of Latinos in the entire city. Streets were full of home-owned businesses and restaurants, providing a large source of employment and income for the Latinos. All around, the smell of Mexican food like burritos and tacos would fill the air. Small apartments were stacked above simple home-owned laundry services, and artistic graffiti and murals decorated several walls. Families enjoyed settling into a peaceful life with their surrounding which resonated with their sense of identity. Funky Mexican music could be heard spilling from restaurants and car windows, providing a sense of familiarity for the Latinos.

During the 1990s, everything started to change in the Mission district. When young, urban professionals bustled into San Francisco vying for the hundreds of job opportunities, they gradually began occupying various parts of Mission due to its less expensive rent. At first, having a few non-Latinos living in the Mission was a minor change. However, higher pay from professional jobs coupled with the expensive cost of housing in downtown San Francisco caused larger amounts of professionals to “migrate” into the Mission, and as a result, the rent and cost of a house was slowly driven upwards by the increasingly higher demand of housing. It eventually caused a 12% drop in Latinos residing in the Mission between 2000 and 2015, according to a KQED news article written in October 2015 by Rebecca Bowe, and is projected to fall another 16% by 2025.

Other than driving up the prices of housing, home-owned businesses and restaurants were replaced as well. The variety of taquerías and Mexican food slowly faded into Italian and French restaurants built to accommodate the new residents. Latino residents no longer had a sense of belonging in this area. The change represented the diminishment of the strong sense of identity that the Mission had provided to the Latinos. Latino children no longer had local playgrounds and fields that their parents and grandparents once enjoyed, those having been replaced by new, urban style buildings. The original Latino residents were forced to move to the outer part of Mission or, in the worst case, even out of San Francisco.

The Mission has now become one of the most unique communities in San Francisco, containing a rich background of history and of the hundreds of untold Latino stories affected by gentrification. Gradually, as we travel back to Valencia street, the delicious smells wafting in the air as well and the luxury condominiums towering above us no longer radiates prosperity and happiness from the latinos. We must remember the consequences that has led to this superficially ideal community, and as we stroll down the streets once more, the past echoes of the Latino dialect reverberate in our minds forever.