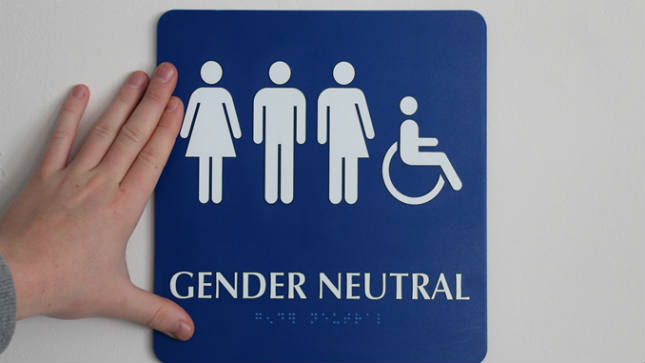 President Trump tackles his first major social issue during his term. The President repealed Pres. Obama’s federal mandate protecting transgender bathroom access according to their identified gender. The administration explains that it is best to leave the decision up to the states. The Departments of Justice and Education argued that it is the “primary role of the states and local schools districts in establishing educational policy.”

However, the decision did not come without controversy both within the Trump administration and public response. Education Department Secretary Betsy DeVos and Attorney General Jeff Sessions argued with each other on the rescindment. DeVos, who was hesitant to revoke the regulation because she felt that it was potentially harmful to leave the students unprotected from those who oppose transgenders, argued with Sessions who wanted to quickly revoke the issue and was against spreading LGBT rights. The situation reached its climax when President Trump stepped in and demanded that DeVos abandon her resistance or face resignation to which she complied. Advocates for LGBT also expressed their opposition protesting and yelling phrases such as “Shame on Trump, Protect Trans-students!”, “Trans-equality now!”, and “No hate, no fear, trans students are welcome here.” In Virginia, Gavin Grimm, a transgender high school student who sued his school for bathroom usage stated, “We’re not discouraged. And we’re going to keep fighting like we have been and keep fighting for the right thing.”

The Trump Administration’s rescindment does not prohibit transgender students from going into their desired bathroom but rather just leaves it up to the local and state governments to make that decision. Some people agree with Trump in that it should remain a state issue while others believe that it should be a federal government. California, largely democratic for example, strongly opposed Trump’s withdrawal of federal protection and immediately started to legislate their own rules in order to protect transgenders. California Department of Education speaker Bill Ainsworth proclaimed, “transgender students in California can continue to use facilities for the gender they identify themselves as.” In 14 other states, (Alabama, Illinois, Kansas, Kentucky, Minnesota, Missouri, New York, South Carolina, South Dakota, Tennessee, Texas, Virginia, Washington and Wyoming) legislators have proposed laws that will restrict or limit access to multi-user public bathrooms, locker rooms, and other facilities based on “gender identification.” 12 other states still have pending legislations and legislations in 2 others failed to pass.